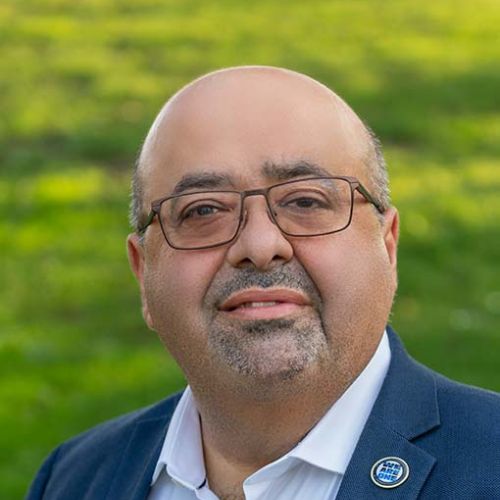 Adel Hagekhalil is the General Manager and Chief Executive Officer for the Metropolitan Water District of Southern California, the largest wholesale drinking water agency in the country. Metropolitan is a state-established cooperative that delivers water to 26-member public agencies, serving 19 million people across Southern CA.

Mr. Hagekhalil is a registered civil engineer and national board-certified environmental engineer, having earned both a Bachelor’s and Master’s degree in Civil Engineering from the University of Houston, TX. Before joining Metropolitan, he was appointed in 2018 by Los Angeles Mayor Eric Garcetti to serve as the executive director and general manager of the city’s Bureau of Street Services. His responsibilities included oversight of the management, maintenance, and improvement of the city’s network of streets, sidewalks, trees, and bikeways. He also focused on climate change adaptation and multi-benefit integrated active transportation corridors.

Mr. Hagekhalil is a member of the American Public Works Association as well as the Water Environment Federation, which recognized him in 2019 as a WEF Fellow for his contribution to enhancing and forwarding the water industry. He also served for more than a decade as a board member on the National Association of Clean Water Agencies, including a term as president.