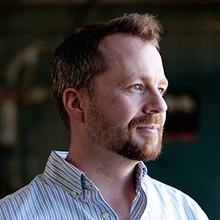 Day 1
10:30-12:00 – What are the potential game-changers for onshore produced water management?

Brent Halldorson helped establish Fountain Quail (formerly Aqua Pure) and has been with the Company since 1999. He is well known and highly regarded among oil and gas regulators across the U.S. and Canada. He has helped bring consistency and high standards to the oilfield water management industry and is a founding member and chairman of the Texas Water Recycling Association. Mr. Halldorson has also served as a board member of the Produced Water Society since 2017.

As a part of the XRI team Mr. Halldorson will help pioneer the integration of large-scale water reuse systems into a midstream water delivery model. The integration of water reuse and water midstream represents an important step forward in achieving sustainable and cost-effective oilfield water management for XRI customers.

Mr. Halldorson holds a Bachelor of Science in electrical engineering from the University of Calgary. Brent currently lives in Ft Worth Texas with his wife and three children. He believes firmly that America can achieve energy independence while simultaneously managing water responsibly. One of his chief ambitions is to help bridge the divide between pro-energy and anti-energy interest groups by highlighting cases of responsible and sustainable energy development.