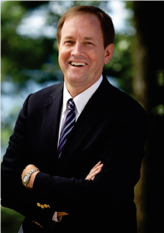 David Stanton serves as chief executive officer of SUEZ North America’s Utility Holdings and is responsible for overseeing the operations and management of regulated water and wastewater businesses across the nation. David has over 30 years of experience in the water industry, in the United States and abroad.

Prior to joining SUEZ, David served as chief executive officer and member of the board of APTwater, a company focused on water re-use. David grew APTwater from its inception through organic sales, services and acquisition of new technology. He built an innovative platform and market strategy, assembled a world-class investor base, acquired intellectual property to fuel future growth and compiled an extraordinary management team. Prior to APTwater, he served as chief operating officer and interim chief financial officer of SouthWest Water where he led the company through a turnaround ending in a sale to a private equity company.

David launched his water career in 1990 with a startup company which was acquired by Wheelabrator Technologies. As the industry consolidated, he moved to Tyco International, where he advanced through positions of increasing responsibility before being appointed executive vice president of EarthTech’s international asset management division, constructing and operating water and wastewater utilities worldwide. When Tyco sold the EarthTech division, several business units were acquired by SUEZ, including NACO, WPT and a portfolio of projects in China.

David is Chairman of the Board of Directors for the National Association of Water Companies (NAWC) and serves on the advisory board of a large, privately held technology company. He is also a recent graduate of the Young Presidents Organization.

David holds a B.S. in electrical engineering from Cornell University and has had continuing education at the UVA-Darden School and in Six Sigma process improvement methodologies.