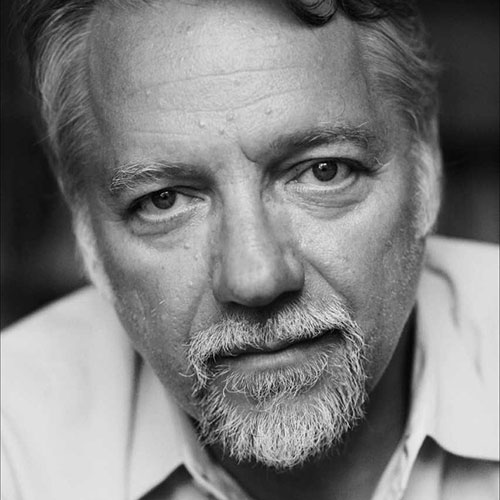 Edward Burtynsky’s remarkable photographic depictions of global industrial landscapes are included in the collections of over fifty major museums around the world, including the National Gallery of Canada and the Museum of Modern Art in New York. His life and work are the subjects of the award-winning documentaries Watermark and Manufactured Landscapes, both directed by Jennifer Baichwal, as well as numerous magazine profiles, including The New Yorker. Watermark was awarded the $100,000 Best Canadian Film Award from the Toronto Film Critics Association. His exhibitions, which have all been published as books, include Residual Landscapes, Manufactured Landscapes, Before the Flood, China, Quarries, Australian Minescapes, Oil, and Water.

Burtynsky’s photos explore the complicated link between industry and nature, combining the raw elements of mining, quarrying, manufacturing, shipping, oil production, and recycling into highly expressive visions that find beauty and humanity in the most unlikely of places.

Burtynsky is the founder of Toronto Image Works, a custom photo laboratory, digital imaging and new media centre catering to all levels of Toronto’s art community. He has spoken widely, including at the Library of Congress in Washington, and at TED. In fact, he was one of the first recipients of the TED Prize. He is also an Officer of the Order of Canada and was named one of Canada’s Greatest Explorers by Canadian Geographic. He is the recipient of the 2016 Governor General’s Visual & Media Arts Award. Along with the Scotiabank CONTACT Photography festival, Burtynsky has announced the creation of The Burtynsky Grant, a $5,000 prize awarded to a Canadian photographic artist to support the publication of his/her photography book (his $25,000 GG award was donated in support).