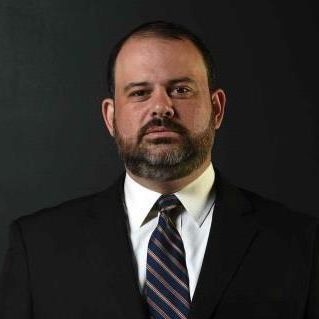 On February 1, 2017, the Governor of the Puerto Rico Government, Honorable Ricardo Rosselló Nevárez appointed the graduate and engineer Elí Díaz Atienza as Executive President of the Aqueduct and Sewer Authority. In 1999, he obtained honors for his bachelor’s degree in Civil Engineering at the Georgia Institute of Technology. Then in 2006 he obtained a Juris Doctor degree (JD) from the Law School of the University of Puerto Rico. Currently, he is studying Business Administration at the Graduate School of Business Administration of the University of Puerto Rico.

He began his professional career, in 1999, in the construction industry, including the inspection of the interconnection works of the Arecibo to Superaqueduct Region, where he spent several years. Before joining the public service, engineer Díaz Atienza worked in several private sector companies, such as Unipro Architects and Engineers, Constructora Santiago, Banco Popular de Puerto Rico and McConnell Valdés LLC. Díaz Atienza began his work in the government sector in 2009 as an infrastructure advisor in Fortaleza, and in turn, legal director in the Authority for Public-Private Partnerships. He finished his outstanding public service as Executive Director of the Solid Waste Authority from 2010 to 2012.

With about 20 years of experience, Elí Díaz Atienza is a Licensed Professional Engineer (PE), Notary Attorney and also has certification for the management of flood areas, Certified Floodplain Manager (CFM). He is currently a member of the College of Engineers and Surveyors of Puerto Rico, the Association of Lawyers of Puerto Rico and the “Association of State Floodplain Managers” and President of PREPA Governing Board. He has over ten years of experience in real estate, construction and infrastructure, where he has worked in the areas of administration and supervision of construction, design, permits, estimation, QA / QC, valuations and commercial and residential valuations, acquisition, provision, management, administration and valuation of infrastructure projects, real estate, public-private partnerships, administration and supervision of projects, permits and cost estimation. He also has experience in various areas of energy and waste management, including waste energy, landfill gas to energy, biomass, recycling and landfill management and operation.