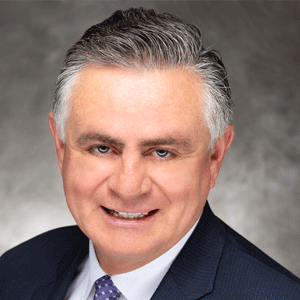 Enrique has been at the helm of LA Sanitation & Environment (LASAN) as the Director and General Manager for over eight years. He was originally appointed in 2007, and then reappointed by Mayor Garcetti in September 2013. LASAN is one of the largest agencies in the City of Los Angeles with nearly 3,300 employees and an annual revenue budget of over $1.1 billion. Through Mr. Zaldivar’s leadership and management, LASAN oversees important environmental and infrastructure programs such as the City’s Clean Water program, one of the largest in the world with its iconic flagship Hyperion Water Reclamation Plant; the Solid Resources program, which has achieved one of the highest recycling rates in the nation at 76.4% and climbing, and includes the recently implemented recycLA Franchise Initiative; and the Watershed Protection program, which is among the most innovative in the country with its use of green infrastructure for achieving water quality objectives for urban stormwater runoff, while delivering on multiple other benefits like open space, urban habitat support, and water supply.

Under Enrique’s leadership, LASAN has had some very significant accomplishments of great benefit to the City at large, such as:
• The adoption of the Low Impact Development Ordinance (LID), which brought in the expanded participation of the private sector for achieving stormwater quality and capture;
• Successfully implemented the Single-Use Plastic Bag Ban Ordinance;
• Laid the policy groundwork for the adoption of the Solid Waste Private Hauler Exclusive Franchise Initiative;
• Made a persuasive case to the Mayor, City Council and the ratepayers for the approval of a 10-year Financial Rate Plan for the City’s Clean Water Program, providing financial stability and efficiency to one of the most critical infrastructure programs of the City;
• Placed LASAN at the forefront of the larger City’s strategy for water sustainability through its recycled water and watershed protection programs in alignment with Mayor Garcetti’s Executive Directive No. 5 and City Council Policies;
• Established a full-service Customer Care Center with 24/7 coverage to address customer requests at any time, in recognition of the fact that LASAN is a 24/7 operating agency and fully integrated with the MyLA311 system;
• Successfully made the Solid Resources Program a Full Cost Recovery service as a quasi-Enterprise Fund with full accountability to the ratepayers;
• Implemented the brand new Clean Streets Initiative (CSI) through the leadership of the Mayor and City Council, with the ultimate goal of making every corner of Los Angeles a clean, livable, and sustainable environment;
• Established a productive and collaborative Joint Labor/Management process across the entire organization where work issues get addressed and just as importantly, a process where innovation and work efficiency are fostered and promoted.

Originally from the state of Zacatecas, Mexico, Enrique graduated from Azusa High School in the City of Azusa, attended UCLA long enough to have Bruin blood in him, and calls himself a proud Bronco from Cal Poly Pomona where he graduated as a Civil Environmental Engineer in 1985. He has also done graduate studies there and now serves as the Vice Chair of their College of Engineering’s Dean’s Leadership Board. Enrique is active in several organizations and serves on several of their Boards, including the Santa Monica Bay Restoration Commission, the National Association of Clean Water Agencies (NACWA), and others. He also serves on Cal Poly Pomona’s School of Engineering Dean’s Leadership Council where he has also been inducted into the Hall of Fame and honored as a distinguished alumni. Enrique has been honored by several organizations for his environmental leadership stewardship, including the Los Angeles Conservation Corps (LACC), Friends of Ballona Wetlands, Heal the Bay, Community Conservation Solutions, and others. Enrique also has an interest in furthering the relationship between the U.S., Mexico and Canada by sharing industry best practices and technical exchange missions between the three countries.

Enrique started his career with the City of Los Angeles in 1985 straight out of college as an associate engineer. Twenty-two years later, he became the General Manager of LA Sanitation and Environment.

Enrique and his wife, Brenda, have three children: Enrique Jr., Alonzo, and Carina.