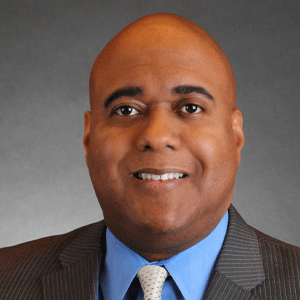 Before assuming his post in Philadelphia, Hayman was a partner at the environmental law firm of Beveridge & Diamond, headquartered in Washington, DC. He served as general counsel for 15 years at two major water utilities, the District of Columbia Water and Sewer Authority and the Metropolitan St. Louis Sewer District.

Outside of the water industry, Hayman’s varied career includes working as an Assistant Attorney General in Missouri. In addition, he was an intern at ABC News. He also spent time as a radio reporter and later as a talk show host.

As Water Commissioner, he is responsible for managing all units and a staff of approximately 2,000 at the Water Department, which provides integrated water, wastewater, and stormwater services for the City of Philadelphia as well as some suburban wholesale clients.

Core responsibilities include oversight of three drinking water treatment plants, three wastewater treatment plants, and a contract-operated biosolids facility. The Commissioner is also responsible for the operation and maintenance of the 3,200 miles of water mains, 3,700 miles of sewers, 79,000 inlets, 25,000 fire hydrants and various pumping stations throughout the city.

Born and raised in St. Louis, Missouri, Hayman cites his parents’ professions as long-serving educators for inspiring his goal of showcasing to young students how the Philadelphia Water Department harnesses daily the power and excitement of a Science, Technology, Engineering and Math (STEM) education.